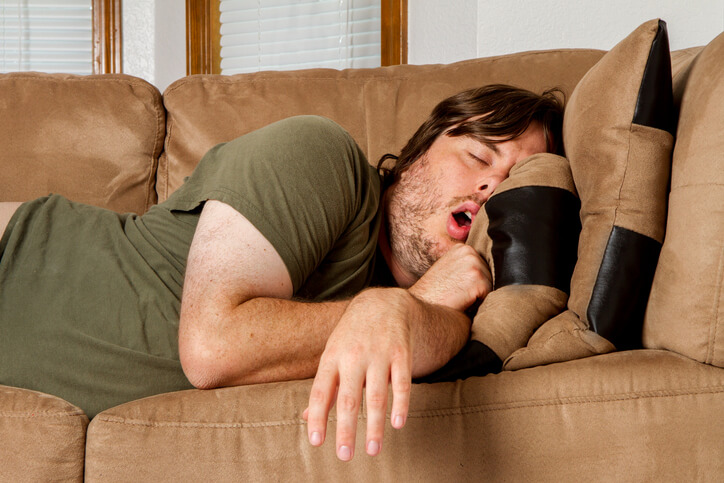 If moving and being lazy seem contradictory, that’s only because these concepts are still largely thought about in traditional terms: moving is work, laziness isn’t, therefore, the two can never jive — except they can. Though some believe laziness is inexcusable behavior, others view inactivity as an art form. It’s to these inactive artists of the world, the people who don’t really care about planning and details but just want to get through moving with minimal effort, that these eight tips are dedicated.

Even though procrastination is a trademark of laziness, delaying your packing until the last minute could actually create more work, because then you’ll have to work harder, faster, and under stress to finish. Instead, conserve your energy by packing a couple of boxes every day starting several weeks in advance. Focus on your most important belongings first. That way, if you run out of steam later, you can just sell or donate remaining items.

To a lazy person, using small boxes probably seems illogical. After all, large boxes make packing go faster because they hold more stuff. However, the time saved by packing large boxes comes at the cost of you exerting extra energy later when carrying those behemoths. Since small boxes are lighter and easier to handle, they make loading and unloading a less demanding job. To reduce the number of boxes you need, use proper packing techniques: start with large, heavy items, then fill in space with small items — similar to fitting all the pieces in a game of Tetris. Also, keep in mind that moving boxes have different widths of padding. Use thin boxes for towels and soft items and thick ones for electronics and fragile decorations.

Again, though it seems contradictory, the trick to effective laziness isn’t always to avoid work. This is the case with labels. Listing the contents on the outsides of boxes takes effort, but it also saves you more work later. By knowing what’s inside, you can put boxes in their right rooms, so you don’t have reshuffle them later. And, just in case you don’t unpack everything right away, labels help you find the items you need without searching every box.

Flattened cardboard boxes laid end-to-end on the ground create a sliding surface to push or pull other boxes. Start by deconstructing extra boxes then laying them out in a path from the front door to the living room, kitchen, and bedroom. A slide also works wonders on stairs, where carrying heavy items is a precarious chore. For safety, tie a string around the box at the top of the stairs, leave yourself plenty of slack, and allow the box to slowly slide down the stairs. Try not to destroy the boxes on the ground so that you can reuse them, and recycle any damaged ones.

5. Hire Cleaners Before Moving Out

Our moving company in Gainesville serves a lot of tenants and students in rental housing. Rather than clean their apartments, some tenants prefer to move out and let their security deposits cover the cleaning costs. This is superb laziness but terrible economics. The average deposit equals one or two months’ rent, which is more money than it would cost to hire house cleaners for an afternoon. If you’re a renter who’s too busy (being lazy) to clean, don’t leave the apartment in shambles — call the professionals.

6. Sell The Furniture, Then Buy It Again

When you’re feeling lazy, it feels like everything weighs more than normal, including furniture. Usually, there are two ways to move out furniture: 1) find several people to lift it, or 2) dismantle the furniture and carry it out piecemeal. Here’s a third option: put it up for sale. Many people are sentimental and want to take their furniture with them, but if you’re someone who thinks a couch is just a couch, then there’s no harm in selling yours on Craigslist or LetGo and then buying a new one with the money raised from your entrepreneurialism. If you choose to go this route, just make sure the furniture store delivers, otherwise, you’ll end up doing the heavy lifting anyway.

There’s no mystery to this advice. Loading or unloading a moving truck involves traveling through your front door multiple times. Not only does opening and closing the door take effort — when you’re lazy, every ounce of energy counts — but turning a handle can be difficult while holding onto boxes. Wedging the door open with a doorstop saves you from opening and closing it manually. But if you’re worried about intruders (human or insect), wrap a crisscrossed rubber band around the knobs and across the latch mechanism. This will allow you to pull open the door without using the handle.

8. Hire Movers To Do The Work For You

We saved the best advice for last. Rather than putting your laziness to the test with a large workload, pawn off the responsibility on our movers in Gainesville. UF Mover Guys is a full-service moving company for students, families, and businesses. Whether you’re moving across town, across Florida, or to another part of the country, we can handle everything for you, including packing, loading and unloading, and transportation. And if you’re only half lazy and want to do some of the work yourself, we also sell moving supplies and rent trucks and climate-controlled storage units to make your life easier. Being lazy has never been less exhausting than with our movers on your side. Contact us today to schedule moving services!